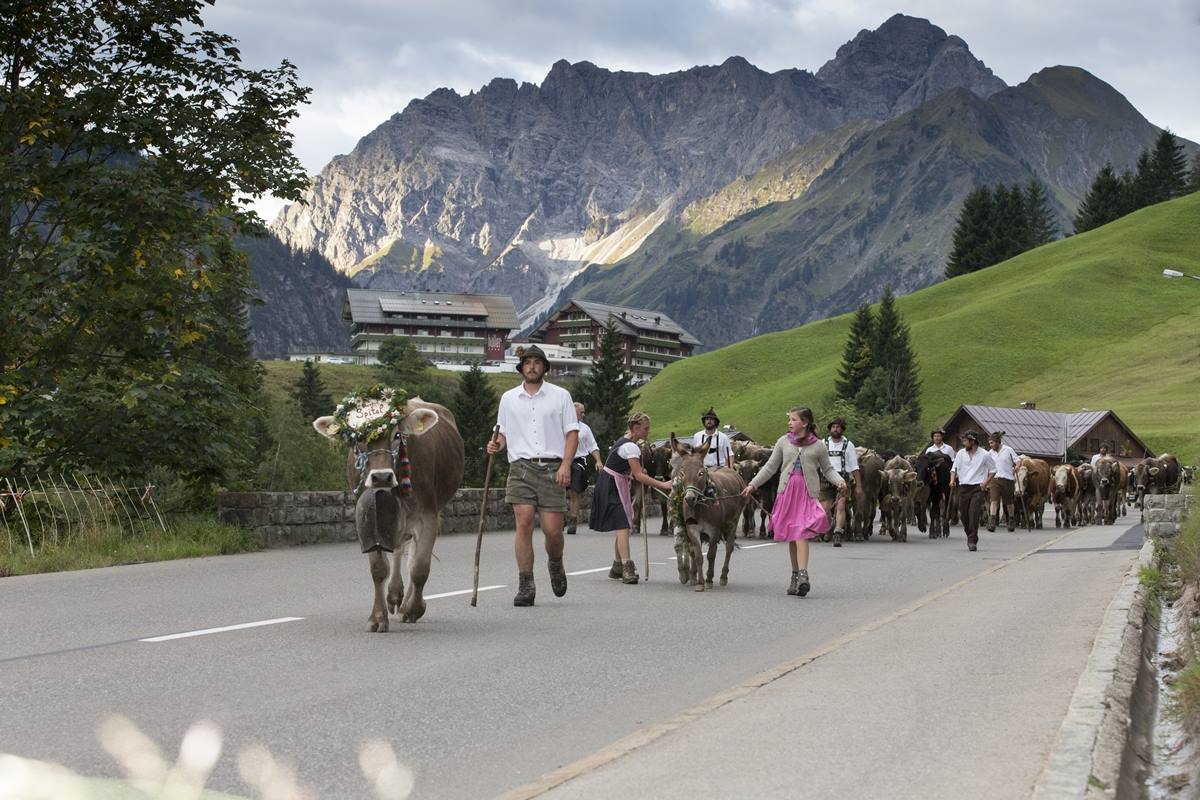 For all mountain addicts, nature enthusiasts and animal lovers: a cool special that you should not miss during your autumn holiday in Kleinwalsertal is the so called “Almabtrieb” with subsequent cattle drive. Even if we have to do without the supporting programme and spectacle of the last few years this year, the Almabtrieb remains an extraordinary experience that is well worth a visit.

By the way, do you know what the ceremonial driving down of cattle from the mountain pastures and the cattle separation actually are? Back in the days when the inhabitants of Kleinwalsertal lived almost exclusively from farming, the farmers’ young cows were driven to the mountain pastures where they could eat the fresh, high-alpine herbs that grow there. A ‘herdsman’ looked after the cows of the various farmers and drove them from pasture to pasture, the ‘Senn’ processed their milk all summer long to make tasty Alplerkas. By the way, the one that makes Vorarlberger Käsknöpfle so incomparably spicy. But at some point, even the most beautiful summer comes to an end and the cows have to return to the valley and their home barn. By the way, this march is led by the fancy decorated wreath cow called “prettiest mooh in town”. To reassign the cows to their farmer, the herd is then separated again at the cattle separation, depending on the markings the cows received at the beginning of the summer.

With this fun facts in mind the Almabtrieb enjoys itself much better, doesn’t it? Simply beautiful, such a lived tradition.

We look forward to welcoming you to the Auenhütte and providing you with more exciting insider tips.

Christoph, Tanja and Sami Bantel
with the team of the Auenhütte 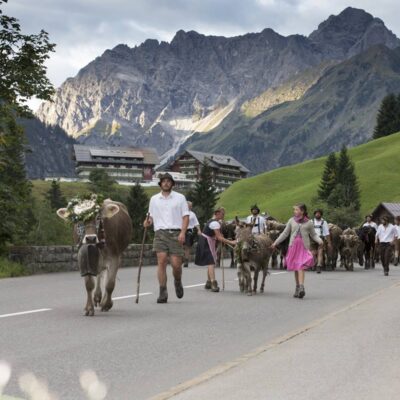